Nowadays scholars, professors and academics regard ASA (or American Sociological Association) format as the chief method of citation, along with APA or MLA styles. ASA citation format causes difficulties to students, in spite of the fact that there is nothing hard about it.

This format, as well as ASA style, is the most common one among scientists and academics. It is mostly used by students who study sociology. Those who want to publish their research paper or college homework in publishing houses apply this style. Also, research essays are on the list. ASA citation is the kund of format that changes all the time depending on the primary sources.

What Is ASA Format?

Students of universities and colleges from the sociology departments get a task to write an ASA paper and bury themselves in searching for a guide. They undertake a study looking for relevant informational sources. Before publishing their works, students write them according to the ASA citation format requirements. This style is similar to APA when it comes to citations in an assignment. The rules for quotations in the text in ASA format need to specify the first author's name, then the initial date of publication of the material which you refer to.

Citing in ASA Format drives you crazy? Let us know!

The last rule of ASA citation format is to place in an alphabetical order the last names of the authors of each work. If using several works of the same author, write them in the order of publication, from the old to the new ones. Now that you know what is ASA format, start writing the assignment to reap the best results!

First-level headings are all in caps and left-justified. Start using headings after the introduction. Don't use a bold font. Don't begin the manuscript with a heading, such as "Introduction".

Second-level headings are italicized, left-justified, and all words except prepositions and conjunctions are capitalized. Don't use a bold font. Use title case.

Third-level headings are italicized, indented, left-justified and ended with a period; and only the first word and any proper nouns are capitalized. Don't use a bold font.

Learn How to Cite in ASA Format

Put the notes in the same arrangement as they appear on the page and make a numbering under the line. The order is a crucial thing in ASA citation format. If one firstly specifies the work of the writer, he should write his full name and the year of publication. Specify the page number in ASA format. In this case, it will be separated from the publication year by a column with no spaces.

The assignment should be written in simple words and the Active Voice. Never use jargon, slang or general expressions in ASA format. Words such as “percent”, “versus” are written in words, do not abbreviate them. As for abbreviations in ASA citation format, use them in tables or graphs. Apply gender terms if they have important meanings in the analysis that is conducted.

Be careful about ethnic and racial stereotypes. Describe race or ethnicity precisely e.g., Mexican instead of Latin American. In a case when one uses an abbreviation in the text, specify its full name in brackets. Once it is done, use the abbreviations.

Write a list of references on another page. Do not forget that it’s needed to make it in an alphabetical order by the author's name in ASA bibliography format. Apply hanging indent if using two or more authors' names of the same work. Write all the elements according to the rules of ASA paper format. If you want to indicate the writer for the second time, use six hyphens and a period instead of names. To discern the paperwork of the same author, add the letters, for e.g. 2015а, 2017 b, 2018с.

ASA format citation is easy to make. For titles of books and periodicals, use italics or underline them. If there is no publishing date, apply the combination " N. d.". Specify not the city but the state of the place of publication. Draw on the abbreviation of the U.S. postal code. If the writer of the book is from other cities, specify the name of the country. Use online sources to check ASA format example. It would be easier to write the assignment if you have a general idea of how to cite in ASA format.

Writing any kind of assignment requires a lot of time and effort. So try to start when you get the assignment. Put the emphasis on the researches. Conduct a study concerning your topic, make sure that you understand it. Find the answers to the key questions of the assignment; once it is done, start writing.

Do you still have a question about how to write in ASA format? Now it's clear, ASA formatting requires great attention to details. If you have problems with using this format, feel free to order a scientific work from our company. Take a look at the ASA format sample paper on the website to know more. Be sure, you get an essay that will be written according to the requirements.

Our experts correct, edit & rewrite the work if you are not satisfied with the result. English speaking authors will write the best assignment. Do not hesitate and order an essay right now. You will see that your work will be in good hands.

Seeking professional writing guidance? – This is just the right place!
Get a price quote & proceed with your order! 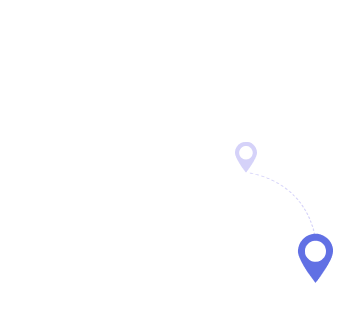 Get ready for new
academic possibilities.